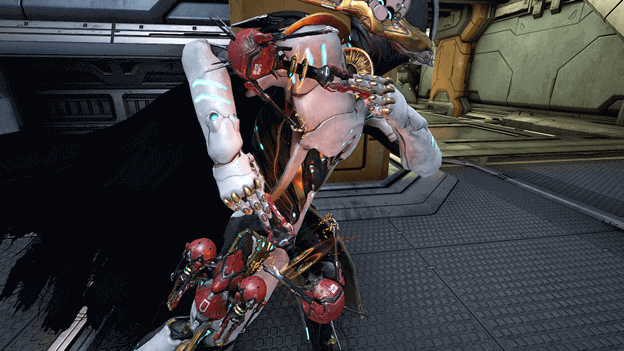 Aegrit is a great way to blow your enemies to dust thanks to its large explosion radius, allowing you to dispatch groups effortlessly.

These throwables need to be manually detonated to release an explosion, which allows you to wait for the right time to trigger them.

Its downside may be the low ammo reserves and magazine size, but it makes up for this greatly by being able to kill even the strongest enemies once detonated.

Below are some of the best Aegrit builds that we have tested out in the game and all these builds are capable of creating effective damage to your enemies. 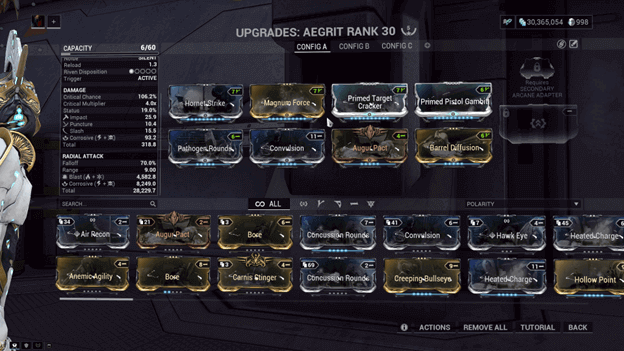 The Aegrit Critical Damage Build utilizes its high base Critical Chance and boosts it up to 106.2%, which guarantees its explosions to deal critical hits.

Equipped with a single combination of elemental mods, you can modify this to deal more damage to a specific faction.

Overall, the combined mods in the Critical Damage Build total up to 28,299 damage and with a guaranteed critical chance, this is multiplied by 4. 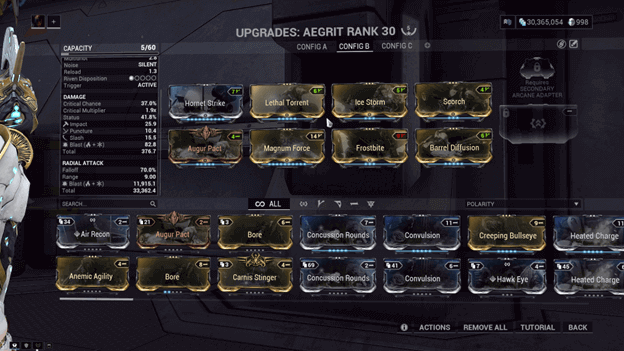 For those who love to inflict status effects onto their enemies, the Aegrit Status Build can accommodate this in a sort of way.

While the Status Chance of the Aegrit is low, this build increases it up to 41.8% and tops the damage up to 33,362 in total.

This can be perfect for setting up traps for when things get too dicey or for dealing initial damage with a chance to apply status effects before you go in for the kill. 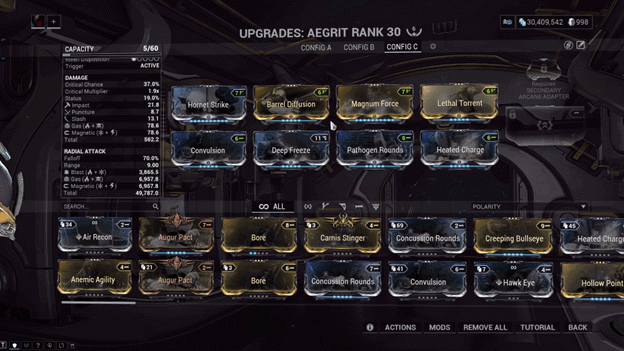 With a large boom, the Aegrit Pure Elemental Damage build can erase enemies in an instant thanks to its large range and damage.

Utilizing all of the elemental damage mods, this weapon’s total damage is increased to 49,787 and can have two combination elements.

This build works well when you modify the elements to target specific enemies to further increase the damage you deal to them. 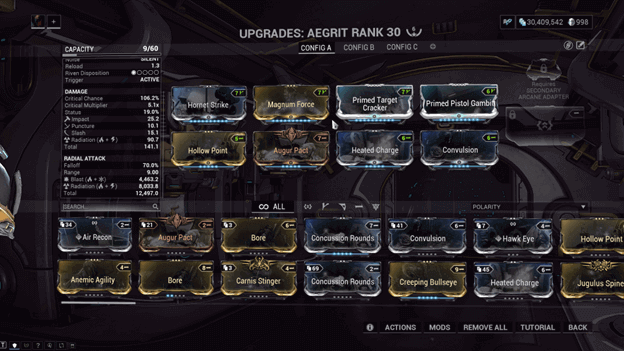 With the Aegrit Hollow Point build, critical damage is increased by 5.1x which and along with a 106.2% critical chance, all attacks are guaranteed to deal critical hits.

The addition of an elemental combination in the build allows you to modify it to deal more damage to certain factions.

What seems to be low damage of 12,497 will be guaranteed to be multiplied to deal 5.1x more damage to enemies thanks to the increased critical chance.

Equipping the Pistol Ammo Mutation mod is a good way to make sure that the Aegrit has a good supply of ammo but it still works well without it.

Enemies that are headed for you can be set up for a nice explosive surprise with the Aegrit, clearing them out easily afterward.

The Aegrit can be triggered in midair as well, allowing you to adjust whenever enemies have advanced or when you don’t need them to hit a surface.