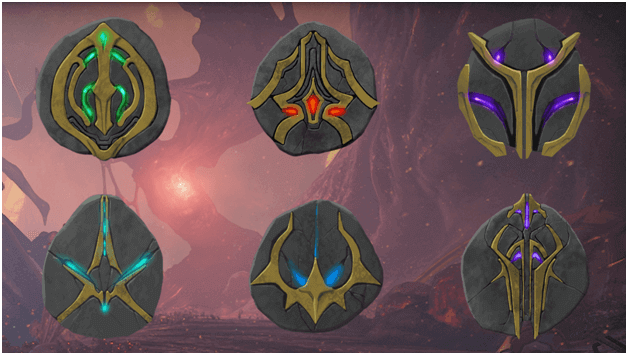 If you have taken a step into the Heart of Deimos update, you will notice that the Entrati Family each have their own special type of token. These tokens are needed for ranking up, trading for points and sometimes for purchasing. Players will need to learn how to collect these tokens in order to progress with the Entrati syndicate.

How to Get Mother Tokens?

Mother Tokens are one of the easiest to get as you simply need to do bounties. Bounties will put you through a few stages where each stage will earn you Mother Tokens as well as the completion of the bounty. The Mother Tokens reward for bounties ranges from around 12 to 113 depending on the difficulty.

Among these bounties there are also Isolation Vault bounties which serve as a good way to grind resources. When doing bounties, it is possible to get more than expected or to receive less if you fail or extract early.

Mother Tokens represent “A mark of Mother’s esteem” in their description. They can be traded for 100 Entrati standing each.

How to Get Father Tokens?

As Father oversees weaponry, he requires that you do parts requisitions as a way of earning tokens from him. These parts are not necessarily specific parts that need to be farmed from specific enemies, but instead they can simply be found in the Cambion Drift.

Father will usually require some of the easiest resources instead of specific items. These are often grouped differently and may be viewed in the “Parts Requisition” section. The number of tokens may range from 1 to 5 and will require different resources.

Father Tokens represent “A symbol of Father’s trust and confidence” in their description. They can be traded for 100 Entrati standing each.

How to Get Daughter Tokens?

There are fish-like creatures around the Cambion Drift and these do not swim, they tend to hover instead. These fish can be seen in areas that have watery-like areas and will appear often when players are nearby. In order to get Daughter tokens, you will need to provider her with their parts.

Acquisition of tokens from Daughter is labeled as Exocrine Assignments in her menu and you can trade fish parts for her tokens. There will be tokens grouped differently, each of them requiring random amount of fish parts.

In order to get fish parts, you will need to do fishing in the Cambion Drift and have them cut (also included in Daughter’s menu) before trading them. This should not be a problem if you spend some time fishing for a while and having them cut afterwards.

Daughter Tokens represent “A token of Daughter’s gratitude” in their description. They can be traded for 100 Entrati standing each.

How to Get Son Tokens?

The beasts of the Cambion Drift were known to have been destroyed but were later out found out to still exist. Son had these creatures in his care and wishes to see that they are preserved, and this has become someone of a hobby as his. In return, for aiding in the preservation of creatures, Son will reward you with his tokens.

Wildlife in the Cambrion Drift that you capture will reward you with tags for the creatures that you successfully tranquilize and capture. These can later be either used for other means or traded for Son tokens in different amounts depending on which creature tags and how many there are in each token bundle.

Son Tokens represent “A mark of Son’s respect for services rendered” in their description. They can be traded for 500 Entrati standing each.

How to Get Otak Tokens?

Otak delves into mining more than anyone and in exchange for his tokens, all he needs are resource that you can get by mining in the Cambion Drift. These resources may be exchanged for different number of tokens based on random amounts.

You can simply get the minerals and gems by mining in the Cambion Drift as well as in the Isolation Vault as rewards as well as from mining them along certain pathways within the vaults.

Otak Tokens represent the statement that “Otak is grateful for your aid. This helps him to remember it” in their description. They can be traded for 100Entrati standing each.

How to Get Grandmother Tokens?

While all the members of the Entrati family have their certain methods and requirements, Grandmother requires something more. Instead of actions or collecting, she requires tokens of the family in exchange for her own tokens.

Grandmother will have different offers from 1 to 5 which you can choose of which require different family tokens based on the number of tokens. Most combination of family tokens may come at random and some may be more costly than others.

Grandmother Tokens represent “A rare sign of Grandmother’s favor” in their description. They can be traded for 1,500 Entrati standing each.

It’s quite easy to get all of the tokens, provided you have the proper means necessary. You will most likely find yourself needing Entrati standing and the best way to do it is simply to do bounties as mother will offer you an insane number of tokens, proving you with more than enough to trade with. You can even do solo runs and end up with more than 70 tokens per run.

Its good to delve into each of the family members as you will also later on need their tokens for ranking up with the Entrati and you will need to do this if you want to enjoy more goodies. Stick with Mother’s bounties for Entrati standing and do a few for the other family members later on so you have a stock of everything you will need.