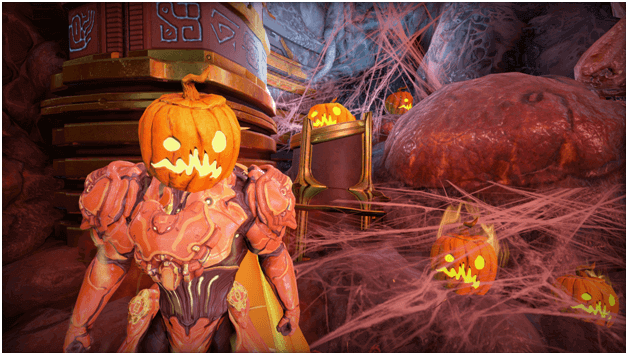 The spirit of Halloween seems to have hit Warframe as an event called Nights of Naberus has been introduced on October 15, 2020 and will last until November 10, 2020. For those who are wondering what this event holds, you can head over to Kaelli (Daughter) on Deimos and check her menu as she is now selling Naberus Treats.

One of the treats that Kaelli sells (Whispering Naberus Mobile) holds a short story that is told by Grandmother once the decoration has been interacted with. If you missed out on Operation: Plague Star, you might want to check out what Kaelli is selling as this is a good chance to catch up on some gear.

Naberus is explained by Daughter to be the ancient Orokin festival of death, darkness and deviance. This is an Orokin festival that dates way back to when they would mock death by dressing up as the dead in order to celebrate their immortality.

This is pretty much something like Halloween for us and is Warframe’s way of celebrating Halloween with us.

If you head over to Kaelli, she will be selling several items which exist in not just this event but also some items will be from Operation: Plague Star. You may purchase the items that Kaelli sells for Mother Tokens.

The following are the Naberus Treats which may be purchased with Mother Tokens: 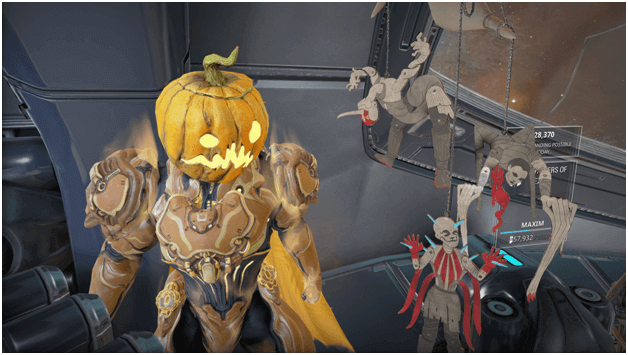 The Whispering Naberus Mobile is a decoration that you may purchase for 100 Mother Tokens and afterwards place in your orbiter.

If you interact with the decoration, a cutscene will begin and Grandmother will begin telling you a story for Naberus.

The story is about three wicked Orokin who decided to harm three Ostrum for their own amusement during Naberus and how they got their just rewards for such a deed.

Farming with a squad may be a good idea if you can’t solo the bounties but regardless of your approach, you should be able to purchase all the items that Kaelli sells within a day or a few of grinding.