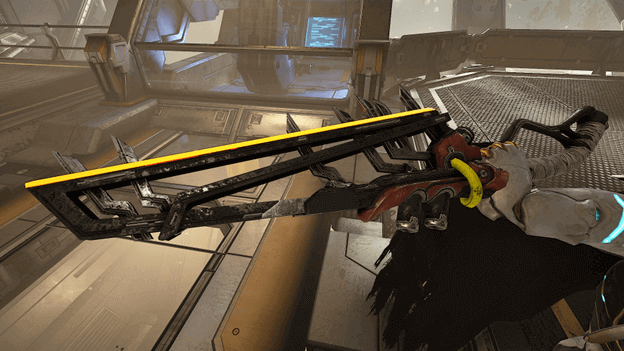 “The Slaytra is a powerful reiteration of the traditional Grineer Machete that doubles the duration of bleed from slash damage.”

The Slaytra is a weapon that was added in the Veilbreaker update, being one of the old Grineer machetes with a few upgrades.

What makes the Slaytra unique is its ability to deal two times the normal bleed damage dealt from its slash attacks.

Its swift attacks along with the additional bleed damage when the status effect is inflicted can cause a lot of pain to enemies unlucky enough to get struck by it. 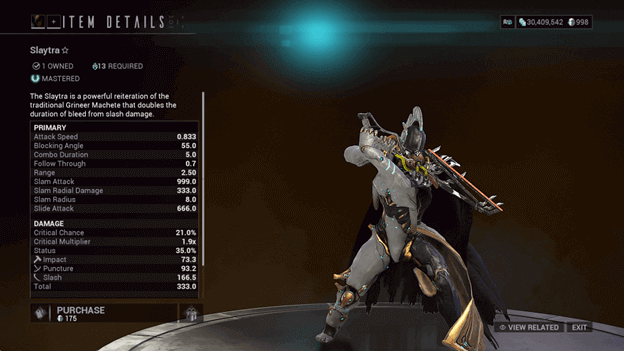 Once you have gained access to Kahl’s Garrison, you will be able to purchase the Slaytra Blueprint from Cripper, who sells it for Stock.

The Slaytra is quick and agile along with its deadly ability to deal double the bleed damage when you inflict enemies with the Slash Status Effect.

Rushing into groups of enemies to deal with a few hits is a good way to inflict them with bleed damage so you can finish them off with other weapons.

Its high Status Chance can be further upgraded with mods to guarantee to inflict bleeding damage to enemies along with other elemental status effects.